Gamification is the art of incorporating game-like elements and mechanics into non-gaming environments to make completing tasks more enjoyable. By introducing elements like rewards, scoreboards, and levels, triggering the right emotions, and releasing bursts of dopamine at the right time, it is possible to hook a user into performing certain actions before they even realize what’s going on. That is the power of gamification.

In business, gamification is often used to increase user engagement and drive motivation by triggering real, powerful human emotions. Using game mechanics and designing experiences that have an emotional payoff can motivate people to inadvertently achieve your goals, whether they realize it or not. By triggering positive emotions like happiness, excitement, intrigue, and suspense at the right time, brands can design robust and even addictive user experiences. These emotionally charged experiences tend to lead to better user engagement, greater in-app sales and ultimately result in greater loyalty to your brand long-term.

BWS (Beer, Wine & Spirits), Australia’s largest liquor retailer owned by Endeavour Group, has always been innovative in its approach to growing its brand awareness and national presence. With over 1,355 liquor stores spread across the nation, it uses its physical and digital presence across desktop and mobile to deliver unique experiences to its customers. In August 2019, BWS also launched its first app, BWS on tAPP.

BWS on tAPP provides non-stop convenience for customers to browse a range of products and easily purchase on the go, with features such as ordering from the app for delivery or pick up, faster checkout, and real-time delivery tracking. As a result, the app has been well-adopted by their existing customers as another platform to browse and purchase liquor. 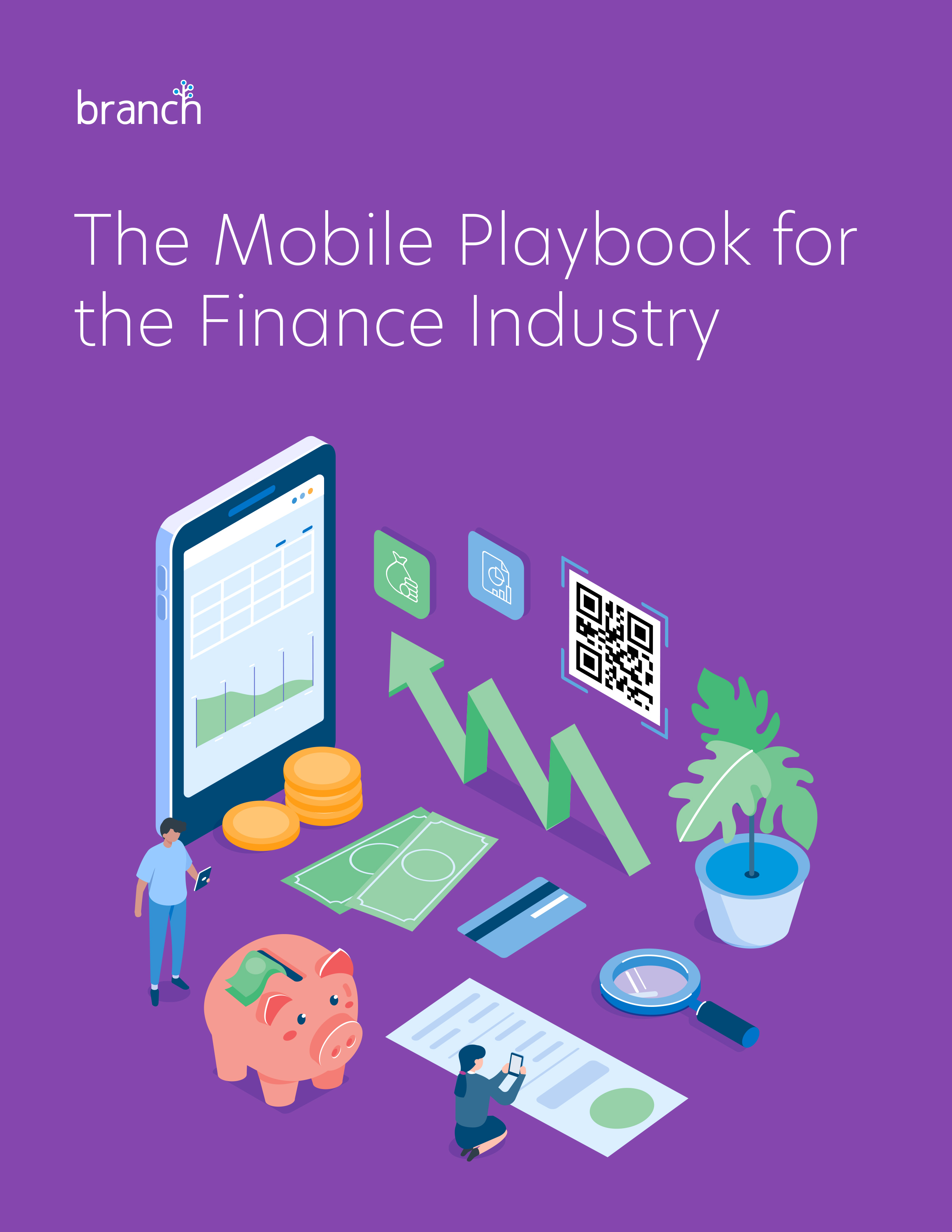 Learn winning mobile finance strategies for user engagement with Branch's Mobile Playbook for the Finance Industry.
Get it now

Gamification in UX: How Incorporating the ‘BWS Cooler’ Made Heads Turn

Since launching the app, BWS has incorporated new gamification elements to their annual ‘100 Days of Summer’ campaign. The ‘100 days of summer’ campaign is a marketing campaign that gives BWS customers the opportunity to win free premium BWS products, receive great discounts, and free BWS merchandise like branded speakers and BBQ tool kits.

Last year, The ‘100 Days of Summer’ campaign ran from 4th November, 2020 to 12th February, 2021. The BWS team incorporated the BWS Cooler in-app feature experience to get their user base and prospective customers excited about using the app and drive engagement with their brand.

The BWS Cooler is a gamified, in-app scratch-and-win feature that allows customers to scratch the ice away on their virtual in-app cooler to reveal if they had won a prize from the $7 million prize pool. Prizes include special discounts, free BWS products, and one-of-a-kind experiences for a few lucky customers. Users were only allowed to scratch once per day, and were encouraged to revisit the app daily to try their luck at winning prizes every day for the entire 100 days of the campaign.

With unpredictable rewards like a 1-in-3 chance of winning a prize, special 24-hour Coolers, streaks for swiping 10 days straight, prize packs worth $5,000 for one lucky winner, and brand bucks (special discounts for premium BWS products in the app) – it is no surprise why user engagement was at an all-time high.

The BWS Cooler was used as the primary incentive to drive awareness and trial of the app. The excitement that was triggered by scratching the virtual ice away to reveal whether they got lucky that day was sufficient to keep prospective users coming back for more. This strategy was also effective in helping BWS build habit-forming behavior in its prospective users by encouraging them to participate for 100 days, rather than just 1. By scratching the ice away daily for 100 days to get their discount, free merchandise or prize, BWS created a loop where the user formed a habit of going into the app on a regular basis. These users were then very likely to continue going into the BWS on tAPP app for exciting discounts or promotions long after the 100 Days of Summer campaign ended. By leveraging the 100 Days of Summer media campaign in-market, BWS not only delivered a best-in-class user experience, but also drove significant brand awareness and app virality thanks to gamification.

Throughout the campaign, the BWS team saw the following results:

What Enabled BWS To Deliver A Frictionless UX?

The tremendous success of the BWS app campaign was made possible by  Branch deep links powering seamless user experiences from mobile, desktop, in-store, and ‘above the line’ (ATL) outdoor media to drive their users straight into the app.

“Branch has been integral in the success of growing the BWS app adoption and ongoing engagement. The seamless journeys Branch enables, the analytics provided, and the way Branch facilitates a superior customer experience has made a significant contribution towards the growth we have seen.“

Let’s look at some of the innovative ways BWS leveraged Branch to create a seamless journey for users to download the app and engage in the BWS Cooler experience.

BWS leveraged Branch deep-linked QR codes to drive app adoption and user engagement. QR codes were set up to elevate brand awareness and get people excited about the 100 Days of Summer campaign at bus stops, other high-traffic areas, and across their stores nationally.

For people who were unaware of BWS, QR codes presented an opportunity to pique their curiosity by prompting  them to scan the QR code to launch the BWS Cooler experience in-app and win some prizes.

QR codes were used on desktop to encourage users to participate in the BWS Cooler app experience.

QR codes were featured on counter cards across BWS stores nationally. BWS used its in-store teams across Australia to encourage customers in-store to download the app.

BWS also leveraged another core Branch product, Journeys, across multiple pages on their mobile website to drive customers from the mobile web into the app.

BWS showed Journeys banners on the mobile website when users landed on the BWS homepage to promote the BWS Cooler in-app and entice them with 24-hour promotions, which went live weekly during the course of the campaign.

The team also displayed full-page interstitial banners on the mobile web to showcase the best promotions of the 100 Days of Summer campaign to drive app engagement.

In addition to using banners to promote the BWS cooler, BWS continued to display its customized Journeys banners across various category pages. This allowed them to maximize the feature and drive users to the app while they were engaged on the mobile website.

Journeys banner copy and images were customized to match the content of each page across beer, wine, and spirits categories.

In the above example, a floating banner targets existing customers to remind them to continue their experience in the app.

BWS was also a finalist for the “Best Overall Growth Campaign” at this year’s Mobile Growth Awards, hosted by Branch for the 100 Days of Summer campaign.

Endeavour Group’s purpose statement – “creating a more sociable future together” – truly shined through  BWS’s 100 Days of Summer campaign and its gamification efforts to drive user engagement. As an industry leader in the liquor retail space, BWS needed to deliver on its promise to build a more united future together and chose gamification as the vehicle to do so. By instilling its users with a desire to have fun and engage with one another through the spirit of competition, the team successfully drove higher app engagement and inimitable levels of growth.

Looking to drive seamless app engagement from your various marketing channels? Contact our sales team or sign up for the Branch dashboard today to get started.

Branch provides the industry's leading mobile linking and measurement platforms, offering solutions that unify user experience and attribution across devices and channels. Branch has been selected by over 100,000 apps since 2014 including Adobe, BuzzFeed, Yelp, and many more, improving experiences for more than 3 billion monthly users across the globe. Learn more about Branch or contact sales today.

SKAdNetwork 4.0 Is Out — What Happens Now?

Get the latest mobile knowledge

To help you fuel cross-channel and cross-platform mobile growth, our team works hard to deliver the most current, relevant resources.